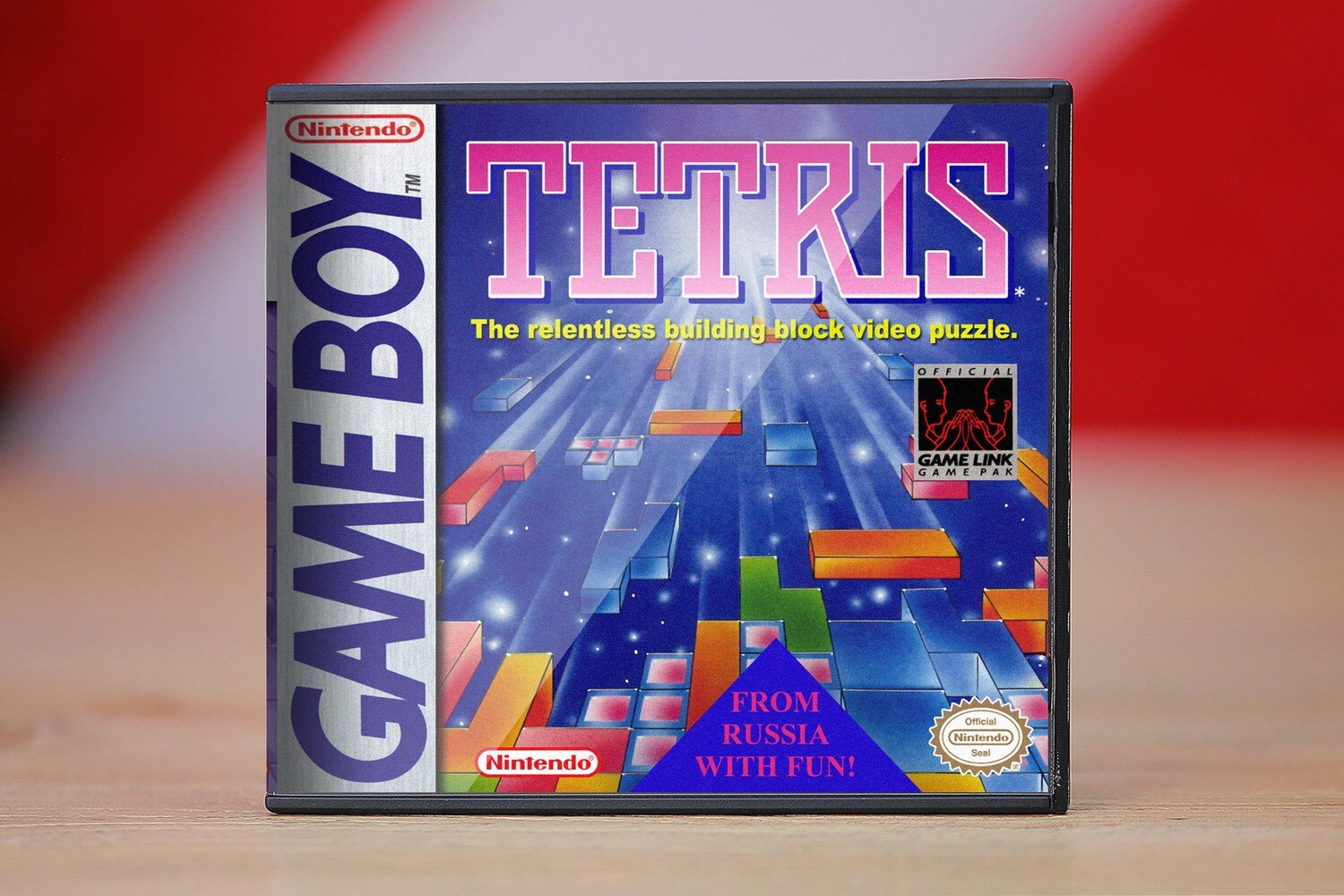 Tetris (Japanese: テトリス Hepburn: Tetorisu) is a puzzle video game for the Game Boy released in 1989. It is a portable version of Alexey Pajitnov's original Tetris and it was bundled in the North American and European releases of the Game Boy itself. It is the first game to have been compatible with the Game Link Cable, a pack-in accessory that allows two Game Boys to link together for multiplayer purposes. A colorized remake of the game was released on the Game Boy Color entitled Tetris DX (テトリス デラックス Tetorisu Derakkusu). A Nintendo 3DS Virtual Console version of Tetris was released in December 2011 and lacks the multiplayer functionality. It was delisted from the Nintendo eShop after December 31, 2014.

Tetris has been credited as the Game Boy's killer app. As of June 2009, it has more than 35 million copies sold. Official Nintendo Magazine ranked Tetris fifth on its list of the "100 Best Nintendo Games". Game Informer's Ben Reeves called it the best Game Boy game and a "legendary puzzle game".

In August 2008, Nintendo Power listed Tetris DX as the best Game Boy/Game Boy Color video game, stating that it meant more to handheld gaming than any other video game. They also described it as the best version of Tetris until Tetris DS was released. Alexey Pajitnov called the Game Boy version of Tetris his favorite and very close to his original version. In Japan, Famitsu gave it a score of 26 out of 40.

Game Boy game cartridges restored by RetroSix come with all the gold contact pins cleaned and polished to give good first-time loading. The cartridge case is cleaned and brought back to life as best as possible. The cart stickers may have wear and tear or fade, depending on stock. We choose the best condition games we can, but do expect a few wear and tear marks on the games due to their age. Photo is for representation purposes only.