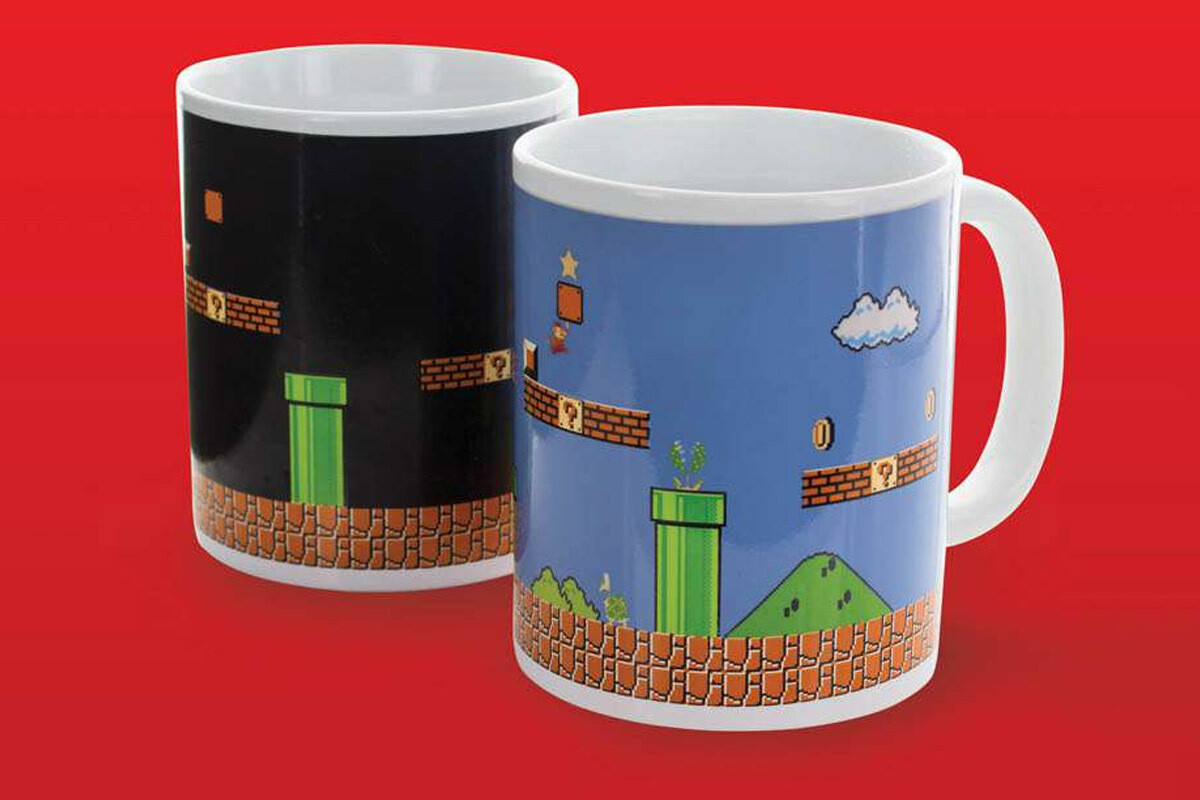 A fun drinking mug inspired by the iconic video games, simply add a hot drink to see a classic Super Mario level screen appear before your eyes. When cold, the drinking mug displays a plain Mario level background, but when a hot drink is added the background changes colour and extra details appear, such as coins, enemies, clouds, and of course, Mario himself.

A great gift for any Mario fan, the mug is inspired by the classic video games first released in the 1980s. The Super Mario Bros. series of games revolutionized the video games industry, and are regarded as some of the greatest examples of platform gaming. Characters such as Mario and Luigi have become instantly recognizable icons of popular culture, and are fans favourites among generations of gamers. As well as appearing in numerous critically acclaimed video games, including Super Mario 3D World, Mario Kart, and Super Mario Maker, the characters have even featured in various TV series and their own Hollywood movie.
So whether a quirky Secret Santa or stocking filler gift, or just a level-up bonus for a Mario obsessed video game fan, this is a great way to celebrate an icon, and enjoy a good cuppa at the same time.
The Super Mario Bros. Heat Change Mug is an officially licensed product. Not suitable for dishwasher or microwave use. Standard sized drinking mug, capacity 300ml.
Save this product for later