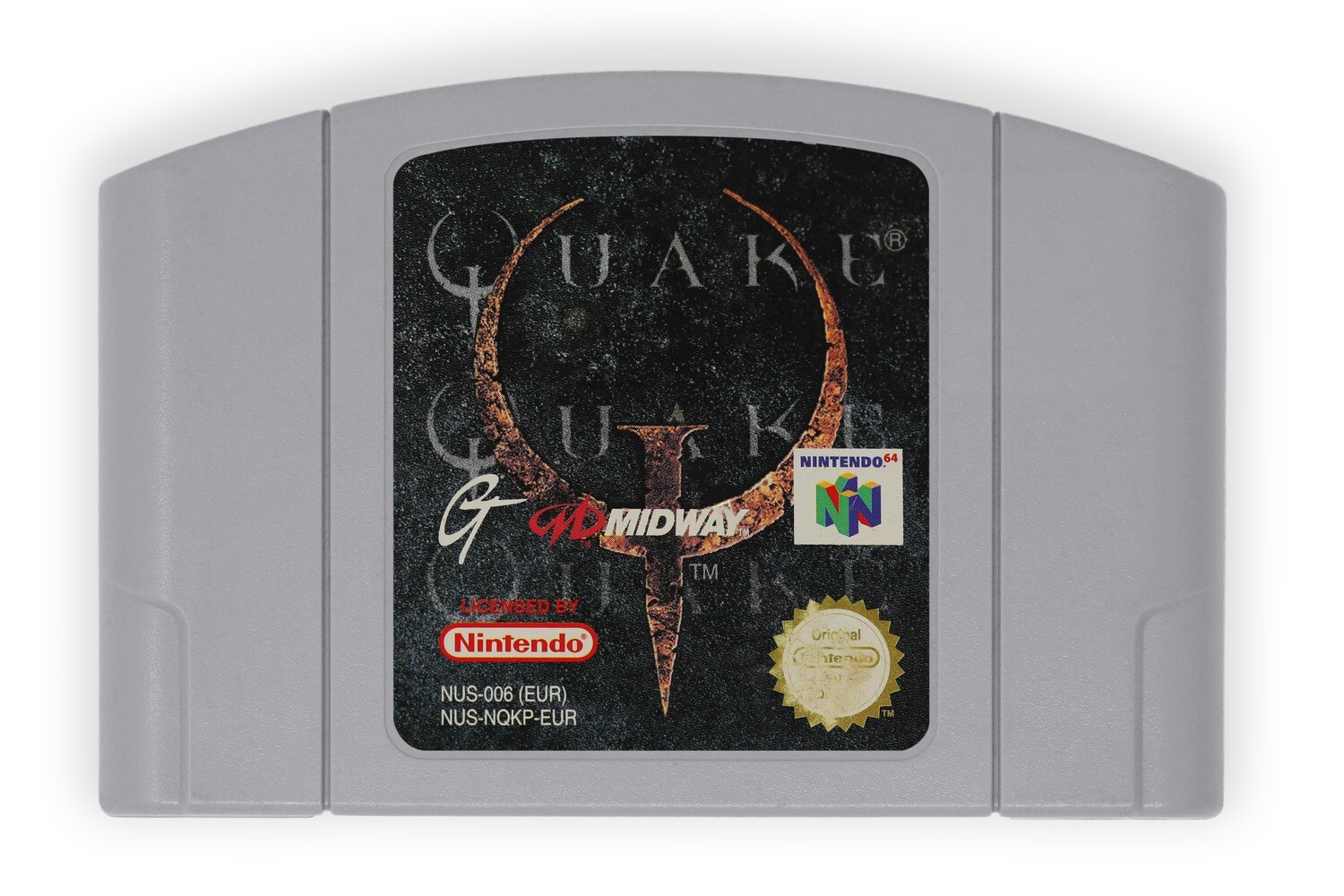 Heart-pounding gameplay, spectacular graphics and brain-shattering sound effects - guaranteed to have players jumping out of their skins! Incorporates the ferocity of the single-player game with the ultimate bloodlust of the two-player splitscreen Deathmatch. A true 3D polygonal environment that includes the most horrific creatures to grace a console. Startling dynamic lighting, levels designed by the masters, and an arsenal of the most awesome weaponry to match.

Quake is a first-person shooter video game developed by id Software and published by GT Interactive in 1996. Owing to its popularity, it would become the first game in the Quake series.[3] In the game, players must find their way through various maze-like, medieval environments while battling a variety of monsters using an array of weaponry.

The successor to id Software's Doom series, Quake built upon the technology and gameplay of its predecessors. Unlike the Doomengine before it, the Quake engine offered full real-time 3D rendering and had early support for 3D acceleration through OpenGL. After Doom helped to popularize multiplayer deathmatches in 1993, Quake added various multiplayer options. Online multiplayerbecame increasingly common, with the QuakeWorld update and software such as QuakeSpy making the process of finding and playing against others on the Internet easier and more reliable.

Quake features music composed by Trent Reznor and his band, Nine Inch Nails.[1] The overall atmosphere is dark and gritty, with lots of stone textures and a rustic, capitalized font.