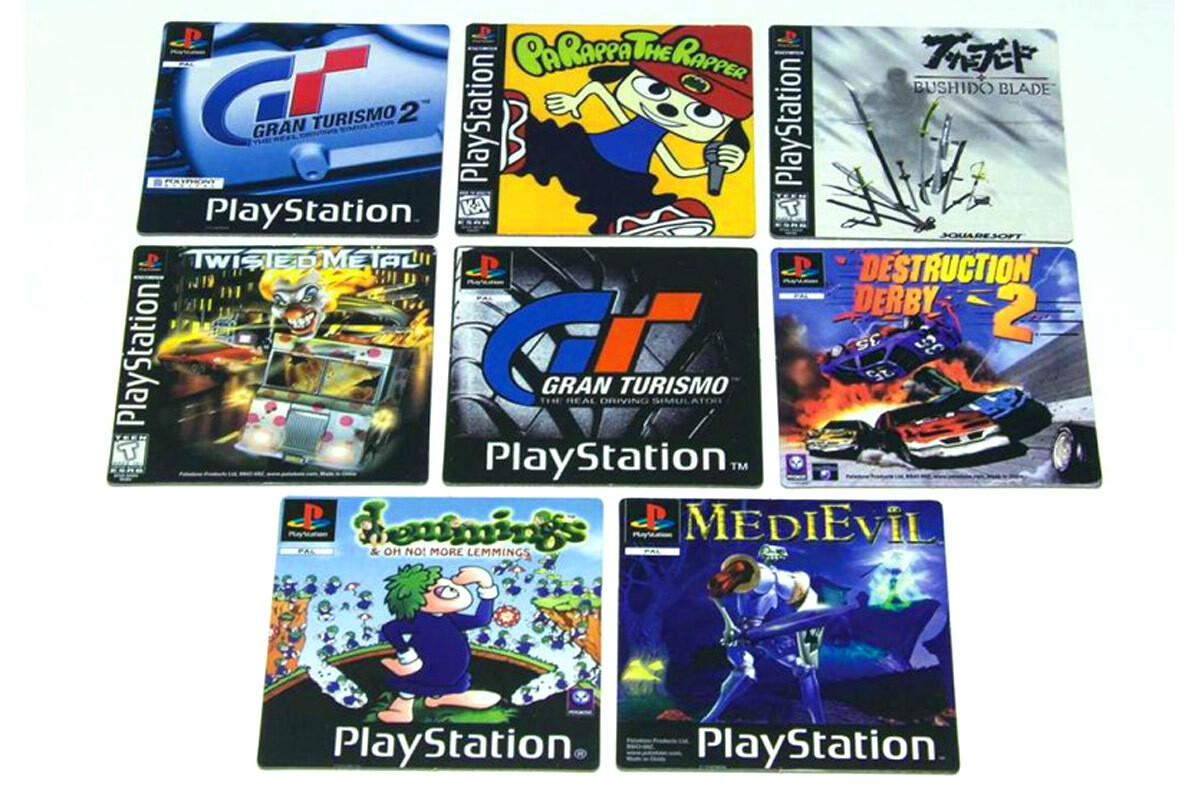 A great addition to any gaming den, this set of PlayStation Game Coasters take inspiration from some of the best video games ever made - all released on the original classic PlayStation! A fun retro-cool gift for gamers, the PlayStation Game Coasters include 8 double-sided coasters, featuring the cover artwork of 16 iconic 90s games, including Destruction Derby, Lemmings, Wipeout and PaRappa the Rapper.

The first gaming console to ever ship 100 million units, the original PlayStation was launched by Japan based electronics company Sony in 1994, rapidly becoming one of the best known gaming brands in the world. With successive consoles building on that original unprecedented success (including the best-selling console of all time, the PlayStation 2), the iconic image, name and logos of the Sony brand are instantly recognizable with gamers of all ages. The PlayStation controller, with its distinctive shape and iconic button symbols of a green triangle, blue x, red circle and pink square, are now virtually synonymous with console gaming in general. A great gift for gamers of all ages, the PlayStation Game Coasters are an officially licensed product.