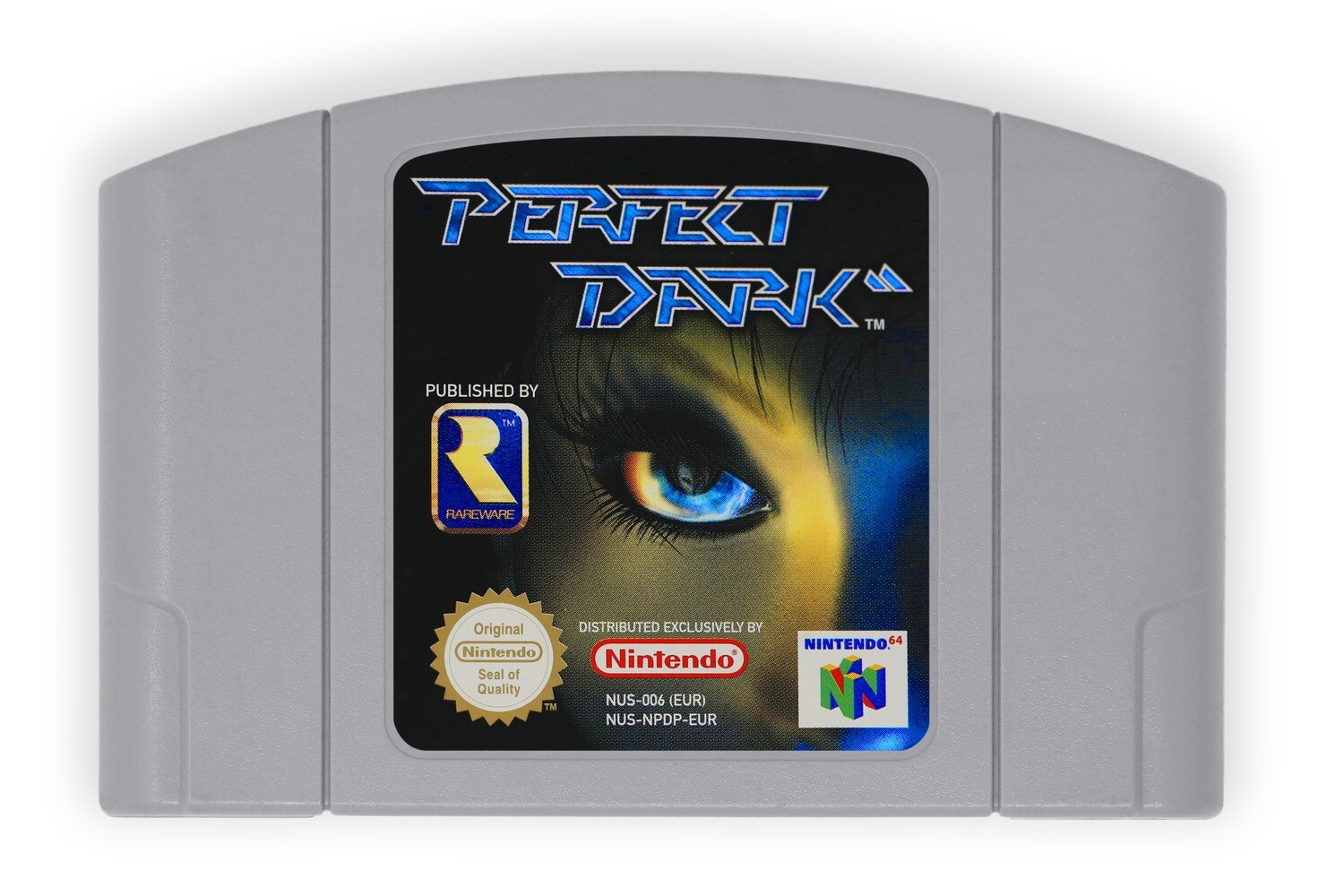 Step into the Dark... As Carrington Institute's most promising new Agent, Joanna Dark must uncover the truth behind the dataDyne Corporation's recent technological breakthroughs - breakthroughs which could have serious consequences for mankind.

Perfect Dark is a first-person shooter developed by Rare and released for the Nintendo 64 video game console in 2000. It is the first title of the Perfect Dark series and follows the story of Carrington Institute agent Joanna Dark as she attempts to stop an extraterrestrial conspiracy by rival corporation dataDyne. A different game set in the same fictional universe, also titled Perfect Dark, was released for the Game Boy Color shortly afterwards. Both Perfect Dark and its Game Boy Color counterpart feature a compatibility mode that allows certain gameplay options within the game to alternatively be unlocked via a Transfer Pak.

As a spiritual successor to Rare's 1997 title GoldenEye 007, Perfect Dark shares many gameplay similarities with its predecessor and runs on an upgraded version of its engine. The game features a single-player mode that requires players to complete a series of missions under certain difficulty settings. It also features a range of multiplayer options, including a co-operative mode and traditional deathmatch settings. Perfect Dark was developed over the course of three years and is technically one of the most advanced games for the Nintendo 64, offering an optional high resolution graphics mode, widescreen support, and Dolby's surround sound. A Nintendo 64 Expansion Pak is required to access the game's single-player mode and most of the multiplayer features.

Upon release, Perfect Dark received critical acclaim and commercial success, selling more than three million units worldwide. Critics widely praised its customisable multiplayer modes and replay value, but some criticised its low and inconsistent frame rate. The game received the BAFTA Interactive Entertainment Moving Images Award for 2000 and the Golden Satellite Award for Best Interactive Product in 2001. The game is frequently cited as one of the greatest video games of all time. A remaster, also titled Perfect Dark, with enhanced graphics and online multiplayer, was released for the Xbox 360 in 2010.