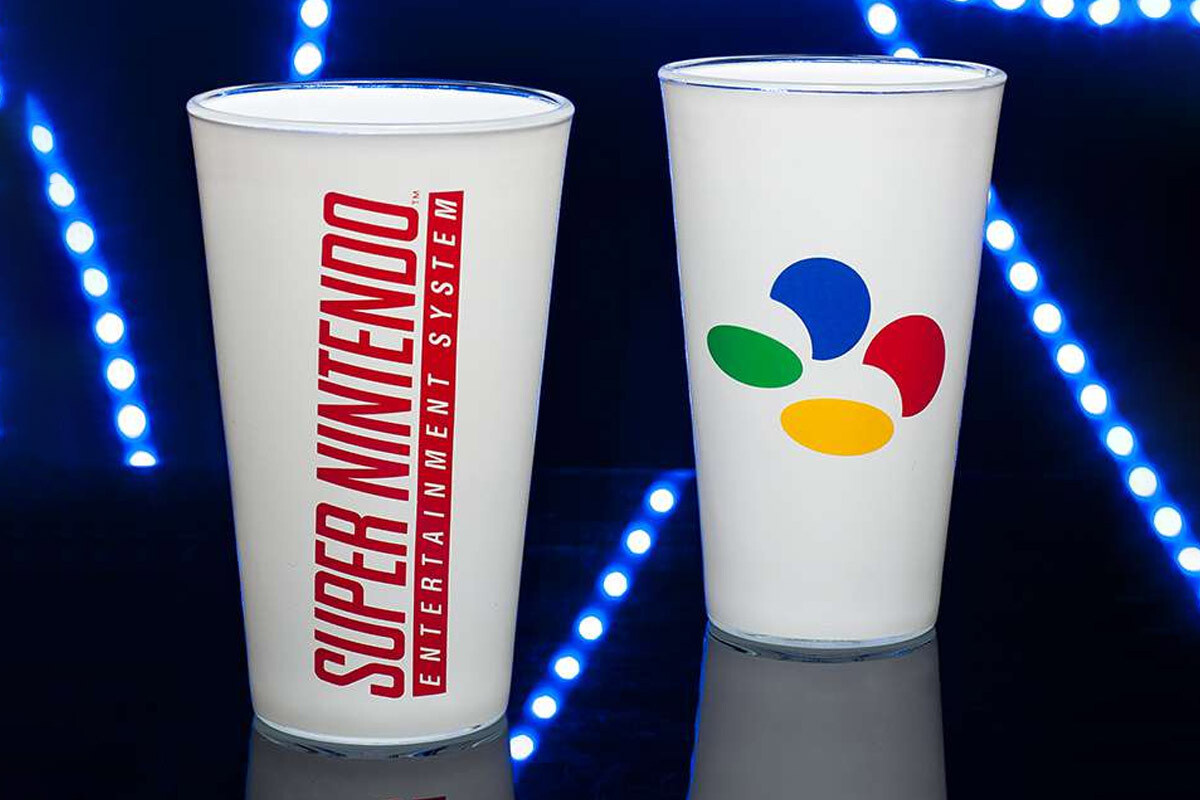 Stay super cool and refreshed when gaming with this retro-cool Super Nintendo drinking glass. Inspired by one of the greatest consoles in gaming history, this is the perfect gift solution for gamers or lovers of all things retro. A 400ml drinking glass featuring a white decal with Super Nintendo Entertainment System design and logo, the glass also features the classic controller button colours of red, blue, green and yellow on the reverse.

A great tribute to one of the most popular gaming consoles ever made, the SNES Glass is the perfect way to raise a toast in tribute to the undisputed king of the 16-bit era.

The SNES, (Super Nintendo Entertainment System) was Nintendo's second home console after the original NES (Nintendo Entertainment System), and is one of the best loved and biggest selling consoles in gaming history. A legend in the industry, the SNES was first released in Japan in 1990 and produced some of the most iconic gaming franchises still going today, including Super Mario, Super Mario Kart, The Legend of Zelda, and the classic Metroid series.

The SNES Glass is an officially licensed Nintendo product.