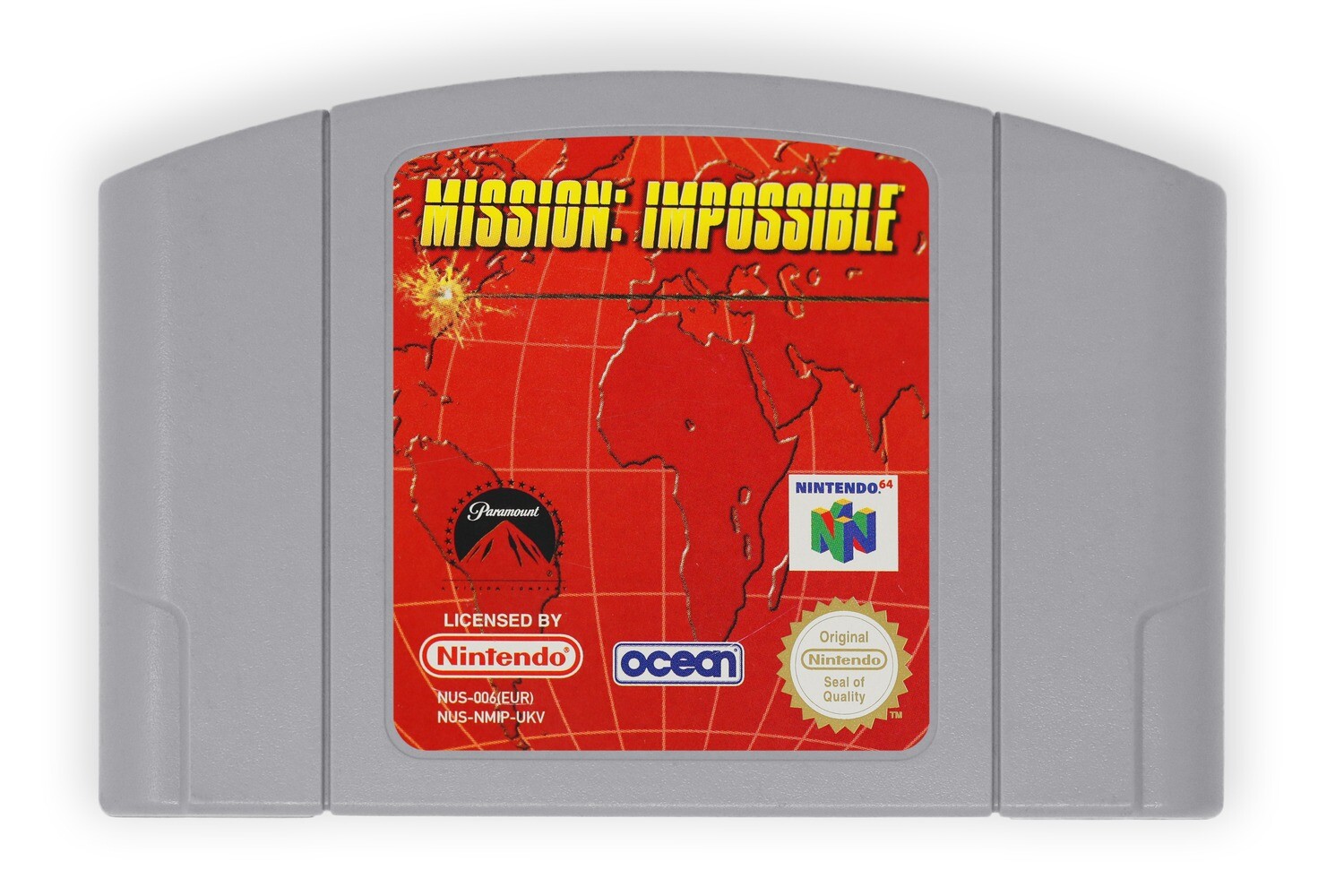 Prepare to enter into the most demanding and dangerous Mission Impossible ever. Your mission, should you decide to accept it, will be to guide your team through a spectacular series of authorized worldwide missions encompassing over 20 levels of gameplay. Razor-sharp reflexes, the ability to make quick decisions, strategic thinking and an extremely high level of accuracy will prove essential. As always, should you, or any member of IM Force be caught or killed, the Secretary will disavow any knowledge of your actions. As usual, Ethan Hunt will be your point man. This game will not self-destruct in five seconds, but you may...

Mission: Impossible is an action-adventure video game developed by Infogrames and loosely based on the 1996 film of the same name. It was originally released for the Nintendo 64 video game console in 1998. In the game, the player assumes the role of Ethan Hunt, an Impossible Missions Force (IMF) agent who must clear his name after a mole has infiltrated the IMF team. The game features 20 levels where the player must complete several mission objectives with the use of numerous high-tech gadgets.

Originally envisioned as an ambitious PC game by an Ocean team based in San Jose, California, Mission: Impossible was under development for three years and suffered a troublesome development cycle, partially due to an overestimation of what the Nintendo 64 could do. In 1997, after Infogrames bought Ocean, the company opted to put a new team based in Lyon in charge of its completion. Although the game features the same premise as the film, it is not meant to be a direct translation and has its own story.

Mission: Impossible was considered a commercial success and sold more than one million copies as of February 1999. The game received mixed reviews from critics and was frequently compared to Rare's 1997 title GoldenEye 007. Although its varied levels and objectives received some praise, the game was generally criticized for its inconsistent gameplay and slow controls. A port of the game, with lighting effects, voice acting, and other minor improvements, was released for the PlayStation console in 1999.