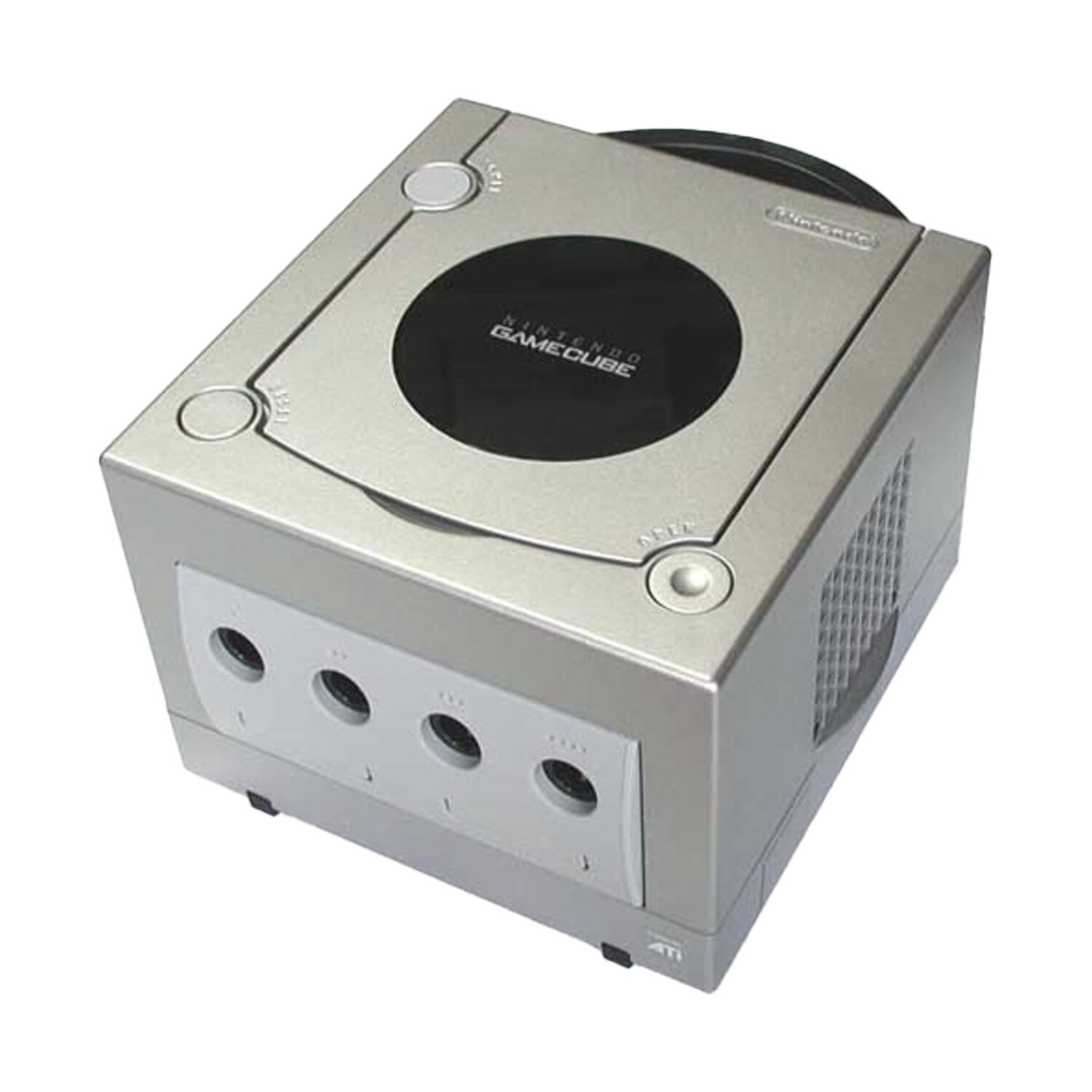 Please note that these consoles are refurbishments and as such will have slight wear and tear due to the age on the machine. We will clean them up and make them as close to new as is possible.

The GameCube is the first Nintendo console to use optical discs as its primary storage medium. The discs are in a miniDVD-based format but the system was not designed to play full-sized DVDs or audio CDs unlike its competitors, and mainly focused on gaming instead. The console supports limited online gaming for a small number of games via a GameCube broadband or modem adapter and can connect to a Game Boy Advance with a link cable, which allows players to access exclusive in-game features using the handheld as a second screen and controller like a Wii U.
The original GameCube is firstly cleaned, stripped down and all the internals cleaned and any issues repaired.
We use Japanese consoles due to their superior quality and aging (the market was much better looked after than US/EU consoles).

- Region free to play games from all regions
- English language conversion so console is identical to an english console
- Laser power improved to aid in reading the aging games
Don't forget to purchase the AV cable, power supply, controllers and games to complete the collection.