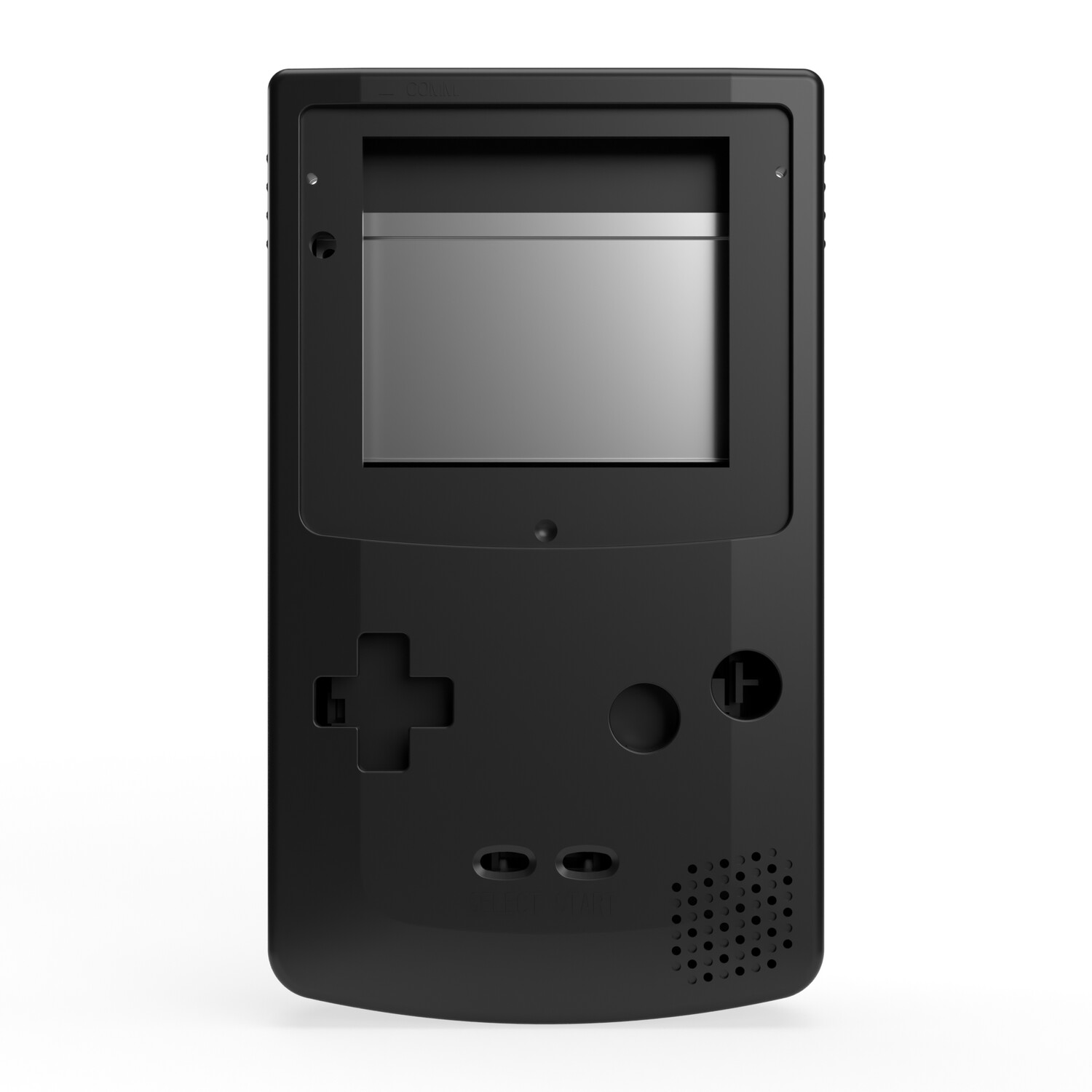 NOTE: The Matt Black finish is a soft touch coating on top of solid ABS. This creates a premium satin finish and feel.

The Game Boy Color (commonly abbreviated as GBC) is a handheld game console, manufactured by Nintendo, which was released in Japan on October 21, 1998 and to international markets that November. It is the successor to the original Game Boy and is part of the Game Boy family.
The GBC features a color screen rather than monochrome. It is slightly thicker and taller and features a slightly smaller screen than the Game Boy Pocket, its immediate predecessor in the Game Boy line. As with the original Game Boy, it has a custom 8-bit processor made by Sharp that is considered a hybrid between the Intel 8080 and the Zilog Z80. The American English spelling of the system's name, Game Boy Color, remains consistent throughout the world.
Following on from our super successful GBA, GBO, GBP and Game Gear shells, we continued our quest for the perfect retro console collection with our GBC shell.
This shell is produced using ABS (from Japan), as oppose to all other shells on the market being made of cheap injection moulded plastics.
The fit, feel and tolerance on the RetroSix ABS shell is better than the original. The buttons are stronger with newer ABS and more accurate moulds than the original, the buttons and triggers are ultra-responsive, the plastic is much stronger and free of any detects like those you get on injection-moulded shells.
Our shells are drop-in IPS screens can simply break off a few small tabs, and drop in with no other modification whatsoever! Simply place your IPS screen in central (use our IPS bracket for perfect alignment).
On top of that, the battery compartment allows for a drop-in fit of the CleanJuice without any cutting required.
Once you compare our shell with all the others on the market you will never look back!
The item comes with the front and back shell, IR port, battery cover and screws.
Save this product for later
Display prices in: GBP