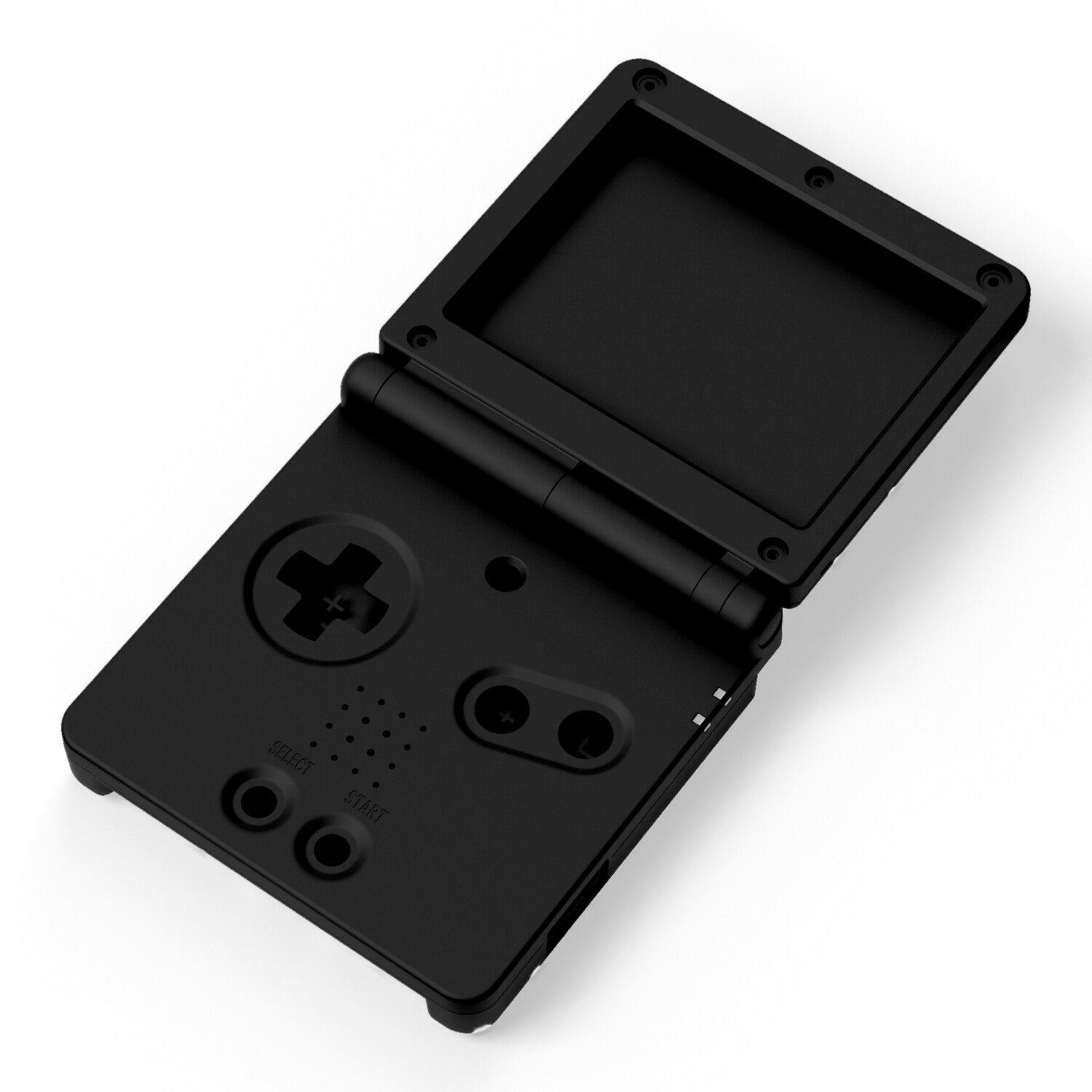 NOTE: Due to the ABS Injection Moulding process the Solid Black WILL have Gas lines on them where there is a hole in the shell, this is unavoidable and as such our Matt Black would be better suited if you want a 100% Clean Black finish with amazing feel.

Following on from our super successful GBA, GBO, Game Gear, GBP and GBC shells, we continued our quest for the perfect retro console collection with our GBA SP shell.
This shell is produced using ABS (from Japan), as oppose to all other shells on the market being made of cheap injection moulded plastics.
The fit, feel and tolerance on the RetroSix ABS shell is better than the original. The buttons are stronger with newer ABS and more accurate moulds than the original, the buttons and triggers are ultra-responsive, the plastic is much stronger and free of any detects like those you get on injection-moulded shells.
Our shells are drop-in IPS screens can simply break off a few small tabs, and drop in with no other modification whatsoever! Simply place your IPS screen in.
Once you compare our shell with all the others on the market you will never look back!
The item comes with the front and back shell, hinge caps and cover, rubber screw covers, battery cover and screws.
Save this product for later
Display prices in: GBP