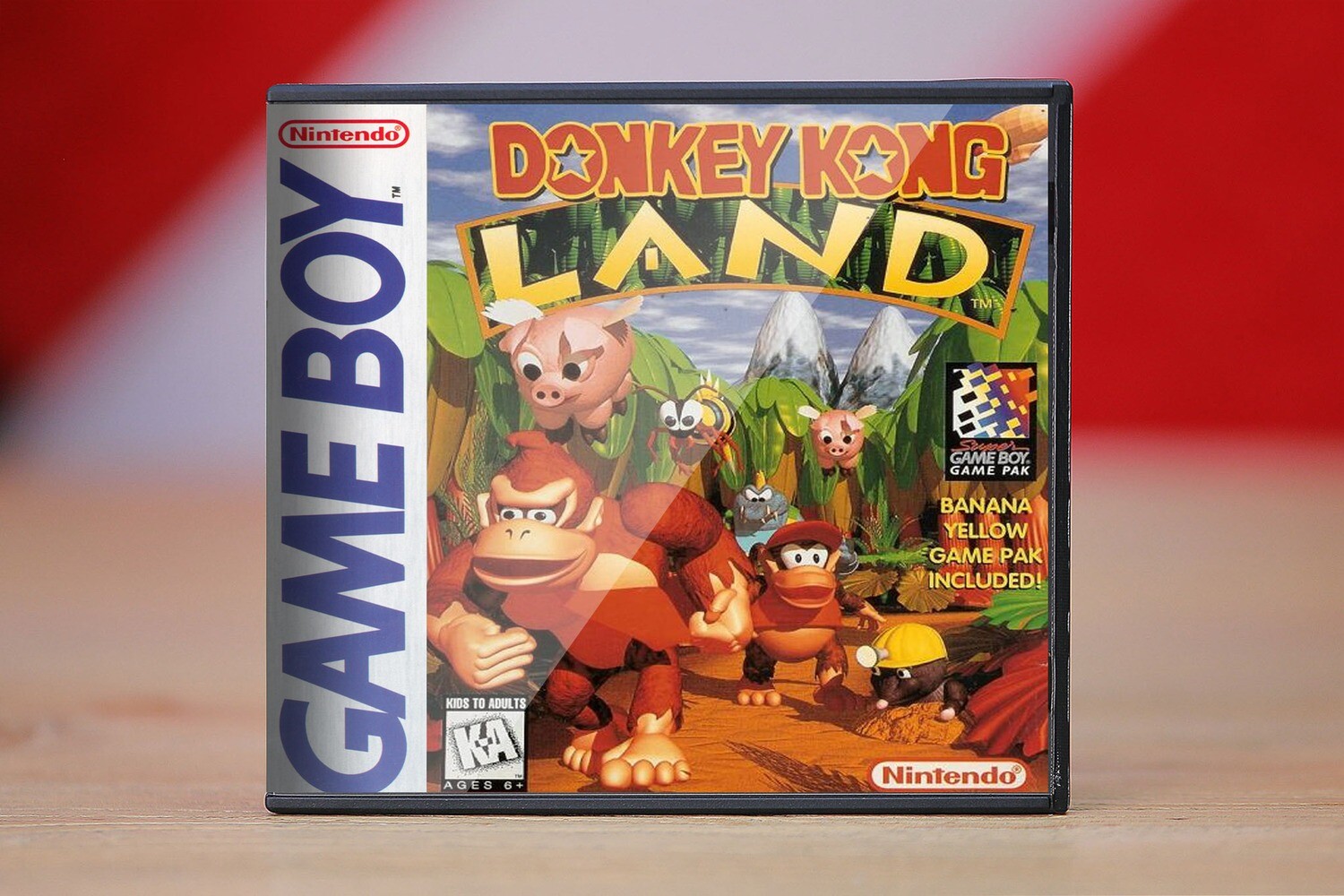 SKU 00099
£29.99
In stock
1
Product Details
Donkey Kong Land is a platform video game for the Game Boy developed by Rare and published by Nintendo. It was first released in June 1995 and later for the Nintendo 3DS Virtual Console in 2014. The game is the portable spin-off of the original title, Donkey Kong Country for the Super Nintendo Entertainment System, which spawned its own series alongside the main series. Donkey Kong Land was enhanced for the Super Game Boy and featured a "banana yellow" cartridge which was later used for its sequels. Many of the games backgrounds elements, character models, and sound effects were directly ported from the Super NES version onto the Game Boy, retaining the same style as the original. Despite sharing common level themes, the level design and story for each game are different.
Many of the gameplay mechanics are retained from Donkey Kong Country, such as KONG letters, animal buddies, bonus rooms, and collecting bananas to gain extra lives. There are four worlds in Donkey Kong Land, each containing seven levels, excluding the first world, which has a total of nine levels. Differing from their SNES counterparts, levels in Donkey Kong Land have only one or two bonus levels within stages. The worlds, and the levels within them, are all unique to Donkey Kong Land, but follow similar level archetypes presented in the original Donkey Kong Country. Due to the Game Boy's hardware limitations, the names of the levels can only be found in the instruction booklet.
Although many enemies return from Donkey Kong Country, some enemies found are completely original to Donkey Kong Land, such as Hogwash, Nemo, Fangfish and Hardhat. Additionally, all four of the game's bosses are completely original to Donkey Kong Land.

Game Boy game cartridges restored by RetroSix come with all the gold contact pins cleaned and polished to give good first-time loading. The cartridge case is cleaned and brought back to life as best as possible. The cart stickers may have wear and tear or fade, depending on stock. We choose the best condition games we can, but do expect a few wear and tear marks on the games due to their age. Photo is for representation purposes only.