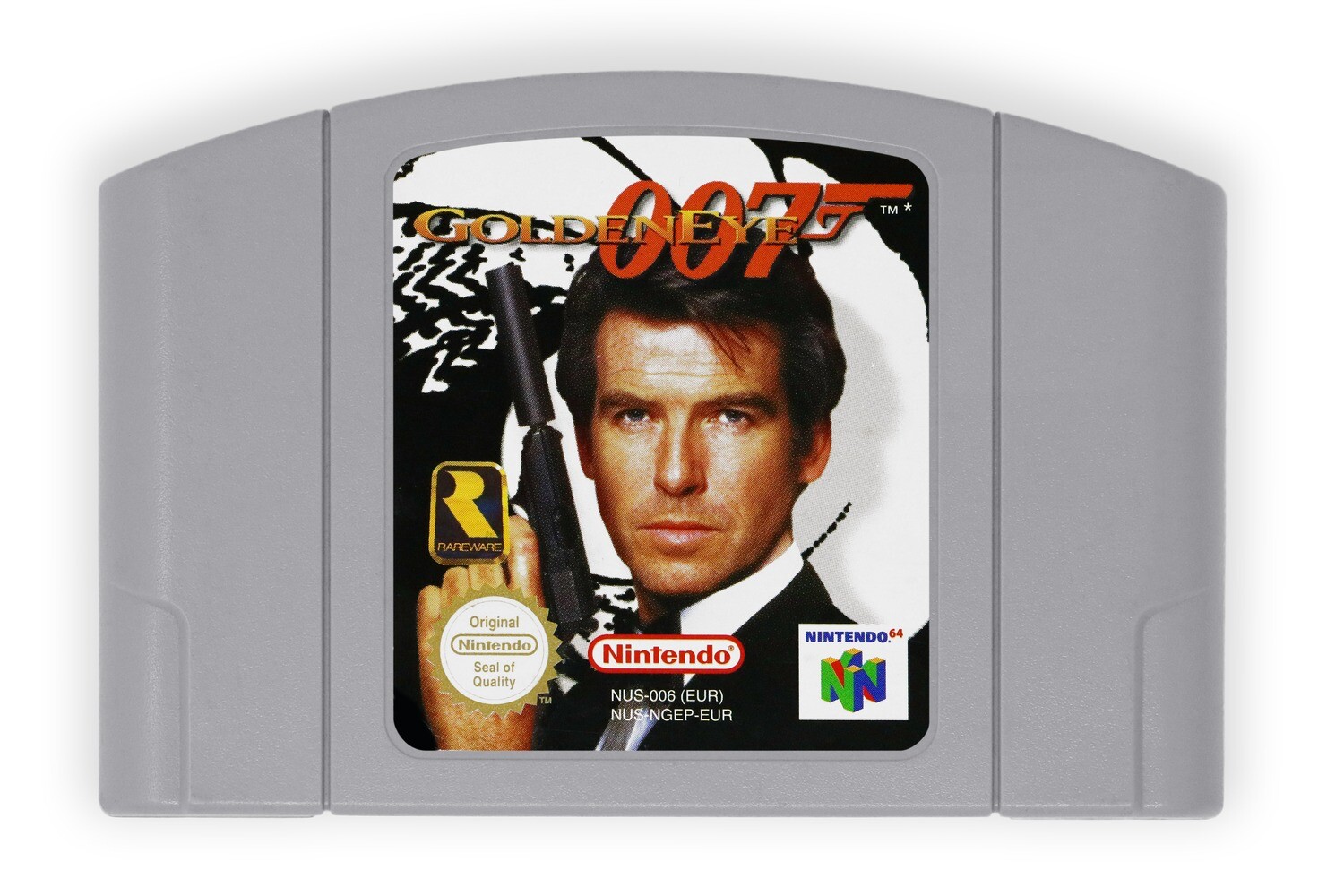 You are Bond. James Bond. You are assigned covert operations connected with the GoldenEye weapons satellite. M will brief you on your mission and objectives from London. Q Branch will support your efforts with a plentiful supply of weapons and gadgets. Moneypenny offers you light-hearted best wishes and you're off! Your mission begins in the heavily guarded chemical warfare facility at the Byelomorye Dam in the USSR. Look and shoot in any direction as you navigate 12 interactive 3-D environments. Use stealth and force as you see fit in matters of international security. Consider the military personnel expendable. You are licensed to kill!

GoldenEye 007 is a first-person shooter video game developed by Rare and based on the 1995 James Bond film GoldenEye. It was released for the Nintendo 64 video game console in August 1997. The game features a single-player campaign in which players assume the role of British Secret Intelligence Service agent James Bond as he fights to prevent a criminal syndicate from using a satellite weapon against London to cause a global financial meltdown. The game includes a split-screen multiplayer mode in which up to four players can compete in different types of deathmatch games.

GoldenEye 007 was developed over a period of two and a half years by an inexperienced team led by Martin Hollis, who had previously worked on the coin-op version of Killer Instinct. It was partially conceived as an on-rails shooter inspired by Sega's Virtua Cop, before being redesigned as a free-roaming shooter. The game was highly acclaimed by the gaming media and sold over eight million copies worldwide, making it the third-best-selling Nintendo 64 game. It received the BAFTA Interactive Entertainment Games Award and four awards from the Academy of Interactive Arts & Sciences.

Retrospectively, GoldenEye 007 is considered an important game in the history of first-person shooters for demonstrating the viability of game consoles as platforms for the genre, and for signalling a transition from the then-standard Doom-like approach to a more realistic style. It pioneered features such as atmospheric single-player missions, stealth elements, and a console multiplayer deathmatch mode. The game is frequently cited as one of the greatest video games of all time. A spiritual successor, Perfect Dark, was released in 2000, while a reimagining of the game, also titled GoldenEye 007, was released in 2010.